(Needs to be cleaned up…)

On February 1st, 2019, I participated in the closing roundtable of histHub Day, a conference on the occasion of the completion of the first phase of the histHub project. 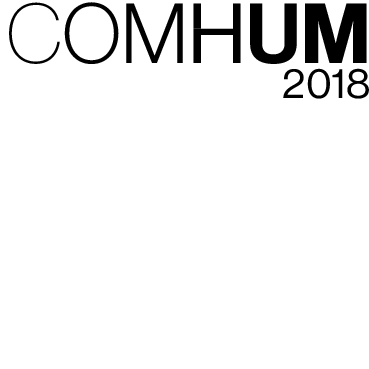 The [proceedings]() of the Workshop on Computational Methods in the Humanities 2018 (COMHUM 2018) have now been published on CEUR-WS.org

On June 4 and 5, 2018 we held the Workshop on Computational Methods in the Humanities 2018 (COMHUM 2018) in Lausanne. Here’s the Book of Abstracts, the proceedings are forthcoming.

Talk at UNC at Chapel-Hill

On 2018-01-19, I gave a talk with the title “Accepting and Modeling Uncertainty” at the workshop “The Modeling of Doubt”---Key Ideas and Concepts for Graph-Based Modeling of Uncertainties at the Academy of Sciences and Literature in Mainz.

In the context of the Master of Advanced Studies in Archival, Library and Information Science (MAS ALIS), jointly offered by the University of Berne and the University of Lausanne, I gave a lesson on 2018-01-05 entitled “Humanités numériques au delà de la numérisation.”

On 2017-12-07, I gave a talk on the “Digitization of Historical Texts” at the workshop Reading Like a Human at the University of Amsterdam.

On 2017-10-05, I gave a talk on “Formal Models in the Humanities” at the Second Literary Linguistics Conference in Mainz.

On 2017-09-11, I gave a talk on “Historical Models and Serial Sources” at the workshop Digital approaches towards serial publications (18th--20th centuries) in Brussels.

Talk at Images and Texts Reproduced

On 2017-07-11, I talked about “Transcription as an Approach for Modeling Digitization” at the XI^th^ International IAWIS/AIERTI Conference Images and Texts Reproduced in Lausanne.

On 2017-03-23, I gave a talk entitled “History is the Future of Online Learning” at the dariahTeach Open Resources Conference in Lausanne.

On 2017-02-16, I had the honor of moderating the panel “Virtuelle
Forschungsplattformen im Vergleich” (comparing virtual research
platforms) at DHd 2017 in Berne, the annual
conference of DHd, the German-language digital
humanities association.

I am very happy to
announce that I am, since February 1st, 2017, professor of digital
humanities at the University of Lausanne. Lausanne is the Swiss
digital humanities hot spot, and I am excited to be a part of it. See
the official announcement
(in French).
::

On 2016-07-04, I gave an invited talk on “Establishing Digital Humanities as Metascience for Computer-Based Humanities and Social Sciences” at RWTH Aachen University.

Invited talk at the University of Groningen

On 2016-06-10, I gave an invited talk on “Digital Humanities Defined Differently” the University of Groningen.

On 2016-04-04, I gave an invited talk at Charles University, Prague, in the Fred Jelinek Seminar Series on the topic of “The digital humanities---the 'computational linguistics' for the rest of the humanities?”

On 2016-03-04, I gave an invited talk at Uppsala University on “Digital Humanities, Computational Linguistics, and Natural Language Processing” in the Lectures on Language Technology and History.

Invited talk at the University of Lausanne

On 2016-02-04, I gave an invited talk on “Digital Humanities as a Metascience” at the University of Lausanne.

Invited talk at the University of Vienna

On 2016-01-23, I gave an invited talk at the University of Vienna, entitled “Knowledge Representation: A Key to Digital Historical Research.” 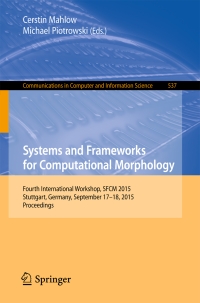 As for the previous editions, the proceedings of SFCM 2015 are published by Springer-Verlag as volume 537 in their Communications in Computer and Information Science (CCIS) series.

SFCM 2015, the Fourth International Workshop on Systems and Frameworks for Computational Morphology, took take place on September 17--18, 2015, at the Institute for Natural Language Processing (IMS), University of Stuttgart, Germany.

At the workshop Digital Humanities and Transnational History at the Herder Institute in Marburg (May 7--8, 2015) I gave a talk (with Sarah Panter) on the Cosmobilities project.

At the DHd Annual Symposium 2015 in Graz (March 25--27) I presented a poster on the Labeling System.

At the Cosmobilities workshop on January 23--24, 2015, I gave a joint presentation with Tobias Gradl (University of Bamberg) on Cosmobilities as DARIAH-DE use case.

At the DM2E Final Event on December 11, 2014, in Pisa, I gave talk about our project to turn the Early Modern European Peace Treaties Online into Linked Open Data, which is funded by the Open Humanities Award I received in July. I will give a talk on “Turning Historical Documents into Digital Data” at the Helsinki Collegium for Advanced Studies Symposium on Big data approaches to intellectual and linguistic history on December 1 and 2, 2014.

On November 7, 2014, I was a panelist at the conference Editionen! Wozu? Wie? Und wie viele? -- Zum Stand der historischen Edition in der Schweiz im digitalen Zeitalter (“Editions? Why? How? And how many? The historical edition in Switzerland in the digital age”) jointly organized by the Swiss Society of History, the Swiss Lawyers Society, the Law Sources Foundation, and Diplomatic Documents of Switzerland.

I contributed the pre-circulated paper for the panel “Der Streit um die Zugangsformen: Volltextsuche versus Thesauri” (“The debate about ways of accessing digital editions: full-text search vs. thesauri”). You find the abstract of all precirculated papers in a booklet.

July 2014. I am happy to announce that I have won an Open Humanities Award to realize a project involving Early Modern Peace Treaties Online and Nanopublications. For the time being, please refer to the official announcement for more information.

On July 7, I spoke at the workshop Text als Werkstück: Wege zu einer computerunterstützten Überarbeitung, which was part of a series of events entitled “Deutsch 3.0” organized by the Goethe-Institut. For a summary of the event (in German), see the article Computerunterstützte Schreibassistenz kann Leben retten!.

Digital Humanities Day 2014 at the University of Mainz

Invited talk at the University of Erlangen

On June 25, I talked about NLP for historical texts at my alma mater, Friedrich--Alexander University Erlangen-Nuremberg, specifically at the Professorship for Corpus Linguistics.

On May 26, I participated in the round table on digitizing of archival sources at the Archives School Marburg, University of applied studies for archival science. 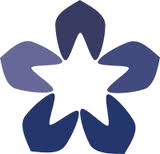 On February 6, I talked about NLP for historical texts at the DARIAH-DE Workshop “Introduction to the TXM Content Analysis Platform,” organized by the Department for Literary Computing, Würzburg University.

On November 21, I gave a talk on natural language processing for historical texts in the colloquium Digital Humanities: Topics, Strategies and Technologies at Trier University.

I gave a tutorial on natural language processing for historical texts at GSCL 2013 in Darmstadt on September 24, 2013.

On September 16, I gave a talk on Controlled Vocabularies for the Digital Humanities at the 2013 Annual Meeting of the International TUSTEP Users Group, which took place from September 16 to 18 at the Academy of Sciences and Literature in Mainz. 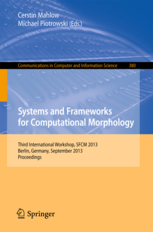 On September 6, 2013, the Workshop on Systems and Frameworks for Computational Morphology (SFCM) took place for the third time. SFCM 2013 was hosted by the Corpus Linguistics and Morphology Group at the Department of German Language and Linguistics at Humboldt-Universität in Berlin.

SFCM is a workshop series initiated and chaired by Cerstin Mahlow and me. The proceedings are published by Springer-Verlag in their CCIS series.

Talk at ICL19 in Geneva

On July 25, I gave a talk entitled Towards Concept-Based Information Retrieval for Historical Texts at the 19^th^ International Congress of Linguists (ICL) in Geneva.

Check out my blog at hypotheses.org. I intend it as a “virtual extension” to the book Natural Language Processing for Historical Text, but I will also discuss general issues relevant to the area of digital humanities.

Invited Talk at NoDaLiDa 2013 in Oslo 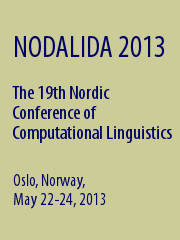 On May 22, 2013 I gave an invited talk at the NoDaLiDa 2013 Workshop on Computational Historical Linguistics in Oslo.

On April 12, I gave a talk at the workshop E-Editionen: Neue Publikationsmaßstäbe für historische Quellenprojekte at the Institute for East and Southeast European Studies (IOS) in Regensburg. HSozUKult conference report (in German)

On March 1st, 2013 I gave a talk at the workshop of HiCor, a cross-disciplinary network for history and corpus linguistics (call for papers). 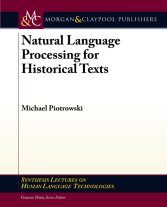 My book Natural Language Processing for Historical Text has been published by Morgan & Claypool and is now available online and in print.